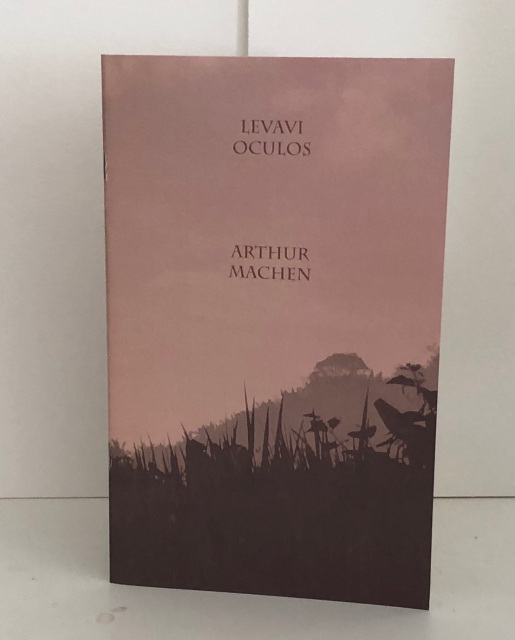 New From Darkly Bright Press - A mystical journey takes a boy and his father across the English hills to to a mystical and surprising place.

﻿I will lift up mine eyes unto the hills: from whence cometh my help. My help cometh from the Lord: who hath made heaven and earth.

Set within the cool shadow of these ancient lines, Arthur Machen guides the reader over tremulous bridges and along curious footpaths where saints once tread, before leading up winding tracks to the side of a great and holy mountain. There, in an inconspicuous and humble home, the reader is brought face-to-face with the author’s Hieroglyph of Hieroglyphs, through which he may peer into the greatest of abysses… beyond Avalon, where “the three Crowned Forms passed in their golden order,” and witness “in unendurable light the Mystery of Mysteries pass veiled before him, and the Image of the Slain and Risen.”

Originally published in 1907 as a short story, Levavi Oculos later found its final place as a sequence in The Secret Glory (1922), Arthur Machen’s homeric novel of the spirit.

Darkly Bright Press now offers Levavi Oculos as a limited chapbook with a newly written Afterword and Notes. As a practical example of Machen’s literary theory, this new publication has been conceived as a companion volume to our earlier printing of A Secret Language. Both chapbooks are available separately or as a discounted bundle.